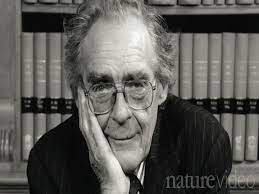 Sense about Science is an independent charity that promotes the public interest in sound science and evidence. Founded in 2002, Sense about Science works with decision-makers, world-leading researchers and community groups to raise the standard of evidence in public life. It focuses on socially or scientifically difficult issues where evidence is neglected, conflicting or misunderstood.

The John Maddox prize is a joint initiative of the charity Sense about Science and the leading international scientific journal Nature. The Prize has been awarded annually since 2012 to researchers who have shown great courage and integrity in standing up for science and scientific reasoning against fierce opposition and hostility. Each year there is one or two winners, and an additional prize for an early career researcher.

The prize brings into the spotlight the difficulty faced by many who fight to share the results of research evidence, and inspires and encourages people the world over to do the same. The 2021 John Maddox Prize received 136 nominations from 33 different countries.

The John Maddox Prize recognises the work of individuals who promote science and evidence, advancing the public discussion around difficult topics despite challenges or hostility.